In the second half of 2016 the blazar CTA 102, at redshift z=1.037, showed a rapid and impressing increase of optical luminosity, focusing the attention of all researchers in the field. The peak was registered on December 28, with a variation of 6 magnitudes with respect to the minimum levels observed in the preceding years. The event was so exceptional to make CTA 102 the most luminous blazar ever observed.
To follow the event, the international collaboration Whole Earth Blazar Telescope (WEBT), led by Massimo Villata (INAF-Osservatorio Astrofisico di Torino), organized an intensive multiwavelength observing campaign. More than 40 telescopes spread in the northern hemisphere took thousands of data in the optical, radio and near-infrared bands, and we could build the light curves with great detail. We also acquired polarimetric and spectroscopic information.
All these data allowed us to validate the hypothesis that the emission variability shown by this object is due to changes of the relativistic Doppler factor. Blazar emission, indeed, is dominated by the radiation coming from one of the relativistic jets, which is pointing toward us. This alignment, thanks to the relativistic beaming effect, amplifies the observed flux and causes a Doppler increase of the frequencies and a contraction of the variability time scales. It is such contraction of times, together with the increase of the amplitude of the flux variations, that we could verify by observing the exceptional outburst of CTA 102, at the peak of which the optical luminosity of the jet exceeded by 3500 times its minimum level. Our interpretation is that the jet is curved and inhomogeneous, that is: it emits radiation with different frequencies from different regions, and that these regions change their orientation in time because of instabilities developing in the jet and/or because of orbital motions (if the central engine of the active galactic nucleus is a binary system of black holes) or precession. According to this explanation, the extraordinary growth of luminosity was the result of a better alignment (occurred about 8 billion years ago) of the jet region responsible for the optical emission to the line of sight. Our model receives both theoretical and observational support. Magnetohydrodynamic and relativistic 3D numerical simulations of jets show the development of instabilities in the jet, which twist it. On the other side, the analysis of images obtained with radio interferometry techniques reveals that jets seem helicoidal and swirling on the parsec scale. The emerging picture is that of a twisting jet whose emission, for a kind of lighthouse effect, is enhanced at different frequencies in different times. The results of our research are published in the prestigious science journal Nature. 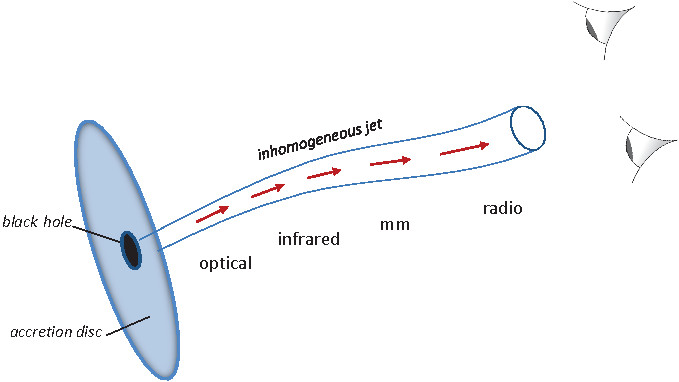 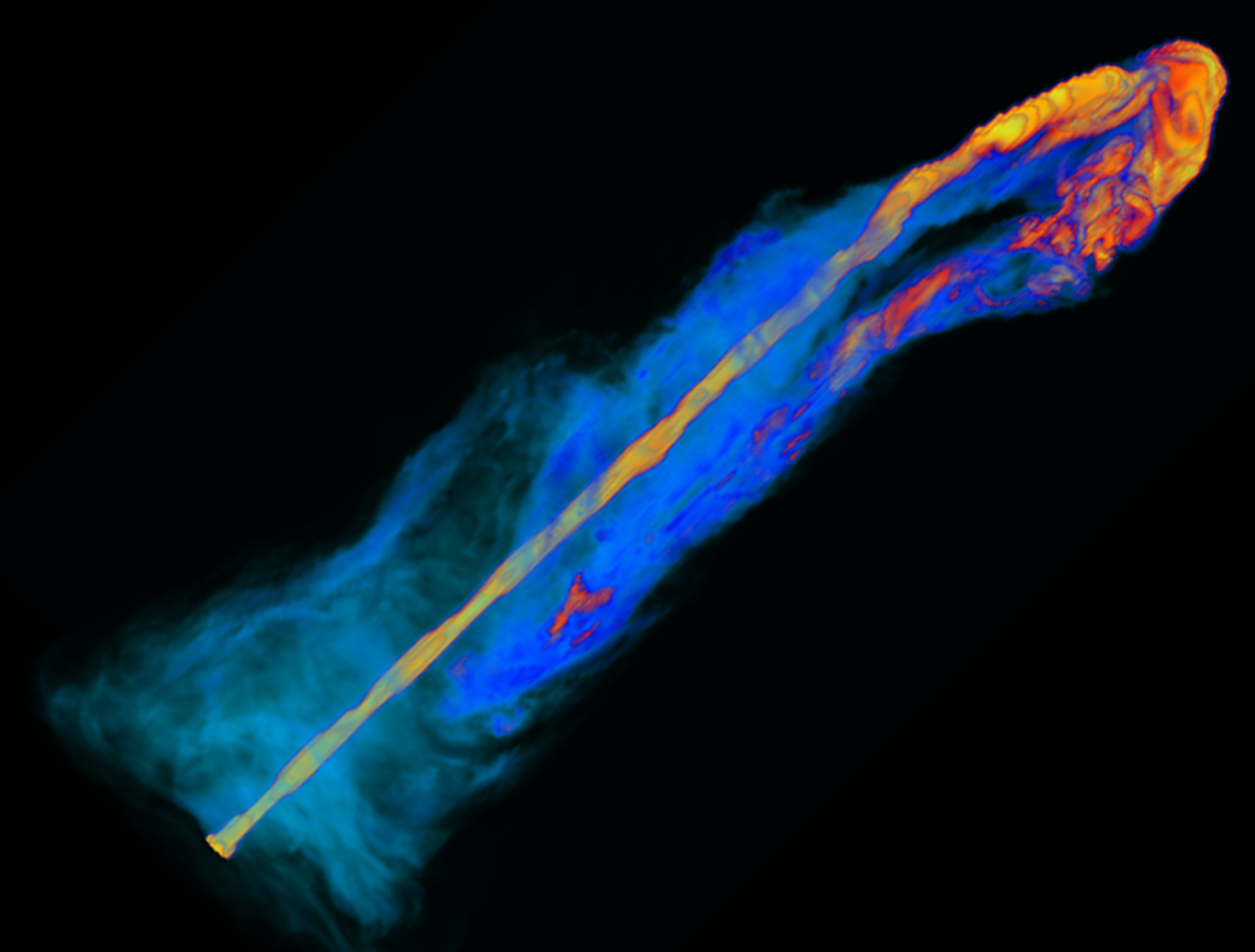 Caption: 3D relativistic magnetohydrodynamic simulation of an extragalactic jet with initial toroidal magnetic field. The growth of instabilities leads to jet wiggling. This motivates the geometrical model of a twisting inhomogeneous jet for the interpretation of blazar multiwavelength variability.