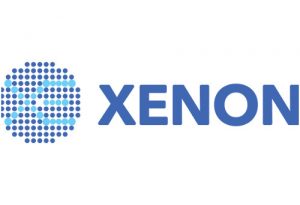 XENON at Laboratori Nazionali del Gran Sasso is aimed at the direct detection of dark matter particles using a double-phase Xenon Time Projection Chamber (TPC). This kind of detector allows the identification of the interacting particle, the measurement of the deposited energy and the reconstruction of the interaction position with a few millimeter precision. Thanks to the high purity level achieved, the volume fiducialization and the background rejection techniques, it is possible to reach high sensitivity in rare event searches, in particular Weakly Interacting Massive Particles (WIMPs) and axions interactions in the detector.

OATo researchers have been contributing to the XENON project since 2009. The group initially focused on the design, installation, data taking and analysis of the muon veto. It is a water Cherenkov detector which completely surrounds the cryostat hosting the TPC. The muon veto is designed to reject with high efficiency the muon-induced background. More recently, the OATo group contributed to the construction of the neutron veto, a new detector surrounding TPC to reject the background component due to neutrons, mainly from radioactive materials.

The OATo group also participated in the data analysis at different stages of the project.