The study by M.Crosta, M.Giammaria, M.Lattanzi, and E.Poggio (INAFOATo) shows that the observed flatness of the Milky Way rotation curve (RC) can have a general relativistic origin, not predictable from Newtonian gravity.

It represents a first attempt to consider a simplified general relativistic  Galactic model for the disc and extends the use of the relativistic-compliant kinematics delivered by Gaia.

Consistently with Einstein’s theory, no additional dark matter (DM) appears to be required, while the relativistic velocity profile results statistically indistinguishable from its state-of-the-art DM-based analogue. This DM is supposed to reside mostly in the Galactic halo, whereas the dragging velocity can effectively compensate for its absence.

Both models were fit to the best-ever kinematics, derived from data in the Gaia second release that provide a large scale, highly accurate mapping of stellar distances and velocities.

Indeed, given the gravitational sources and an underlying geometry, “space tells matter how to move, matter tells space how to curve” (J.A. Wheeler). Geometry, as manifestation of gravity, would tackle the dark matter (DM) gravitational properties.

All the encouraging results push on the use of Einstein’s theory  and state the need to develop more complex relativistic galactic “geometries” that take into account the various structures of the Galaxy in parallel with adequate observation equations, especially in concomitance of the incoming and increasingly accurate Gaia data releases and with other Galactic observations  targeting the Galactic center. 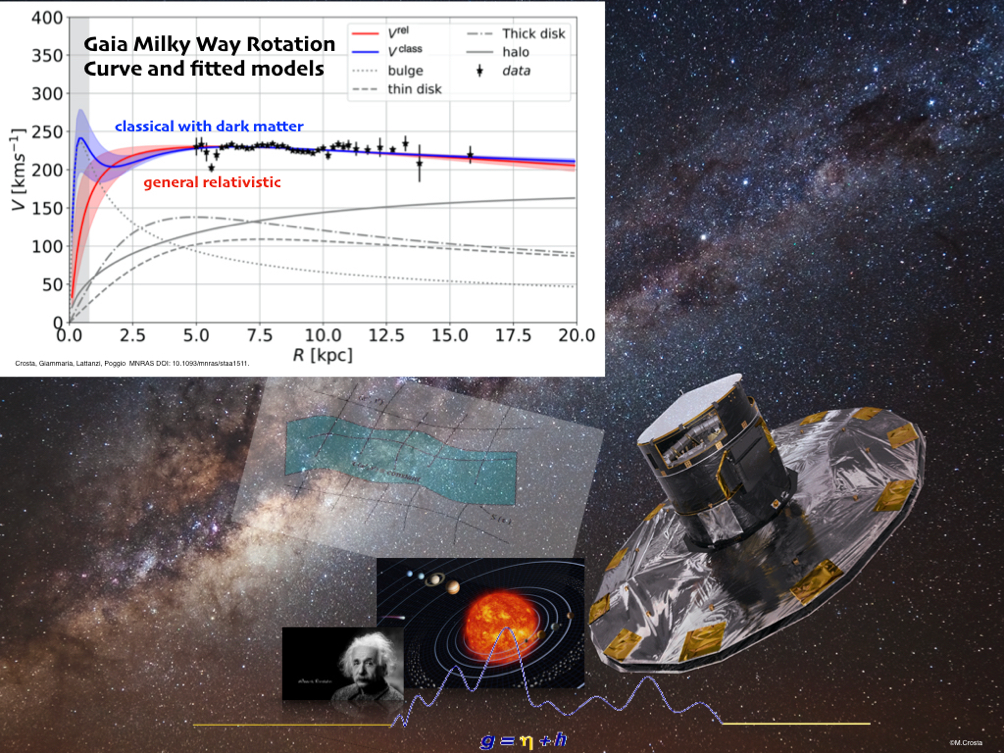