The huge black hole that should not exist

The huge black hole that should not exist

The team of astronomers, co-authors of the discovery of the LB-1 black hole. Mario Lattanzi (INAF) is the third standing from the left. 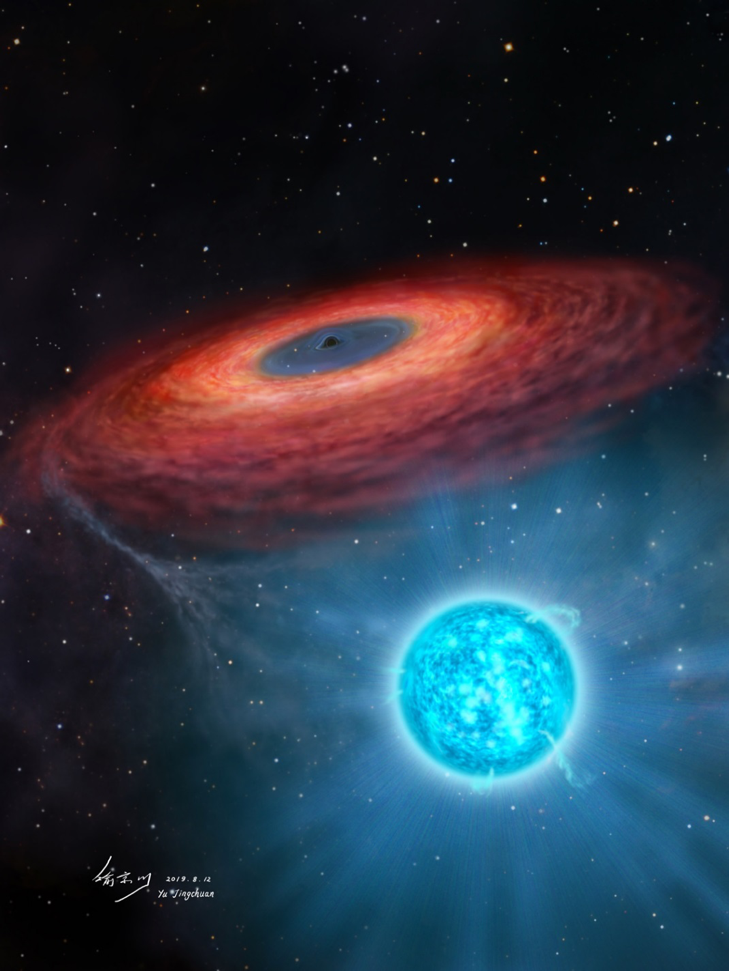 How big are the black holes produced by the collapse of massive stars? Astronomers estimate that in our galaxy, the Milky Way, there are about 100 million black holes, that usually do not exceed 15 times the mass of our Sun.

However, an international team of scientists led by Jifeng Liu astrophysicist at the Beijing National Astronomical Observatory of the Chinese Academy of Sciences, and Mario Lattanzi of the Turin Astrophysical Observatory, has discovered a much bigger black hole. This object, named LB-1, is located at 15,000 light-years away from us and its mass is about 70 times that of the Sun, a value that correspond to four or five times the limit mass expected for a black hole of this type.

This important discovery is described in a paper published in the prestigious journal Nature:   “A wide star–black-hole binary system from radial-velocity measurements” .

Further  information on this study are reported in an interview with Mario Lattanzi, presented by TG1 RAI and published on the Media Inaf website.