THE HELIUM EMISSION OF THE SUN’S CORONA UNVEILED

THE HELIUM EMISSION OF THE SUN’S CORONA UNVEILED

Measurement of the helium abundance in the Sun’s atmosphere is necessary to fully understand the mechanisms responsible for the origin and acceleration of the solar wind. However, actual observations of helium – the second most abundant element in the solar atmosphere and in the heliosphere – are very scarce.SCORE is the first multi-band coronagraph capable of obtaining simultaneous images of the helium and hydrogen emission in the solar corona, in the He II Lyman-α line at 30.4 nm and in the H I Lyman-α line at 121.6 nm. Designed and implemented by the Astrophysical Observatory of Turin (INAF) and the University of Florence, and launched in 2009 as part of the HERSCHEL NASA program, SCORE has also allowed us to test the concept of multi-band coronagraphs, as proptotype of the Metis coronagraph for the Solar Orbiter ESA/NASA mission. Thanks to SCORE data, it has been possible to measure the abundance of helium in the solar corona out to two solar radii from the Sun’s surface. Observations show that the helium emission is modulated by the structure of the large-scale coronal magnetic field and that helium is almost completely depleted in the equatorial regions during the quiet Sun. These results, to which several researchers of the Solar Physics group of the Astrophysical Observatory of Turin contributed, were recently published in a Nature Astronomy paper titled “Global helium abundance measurements in the solar corona”. 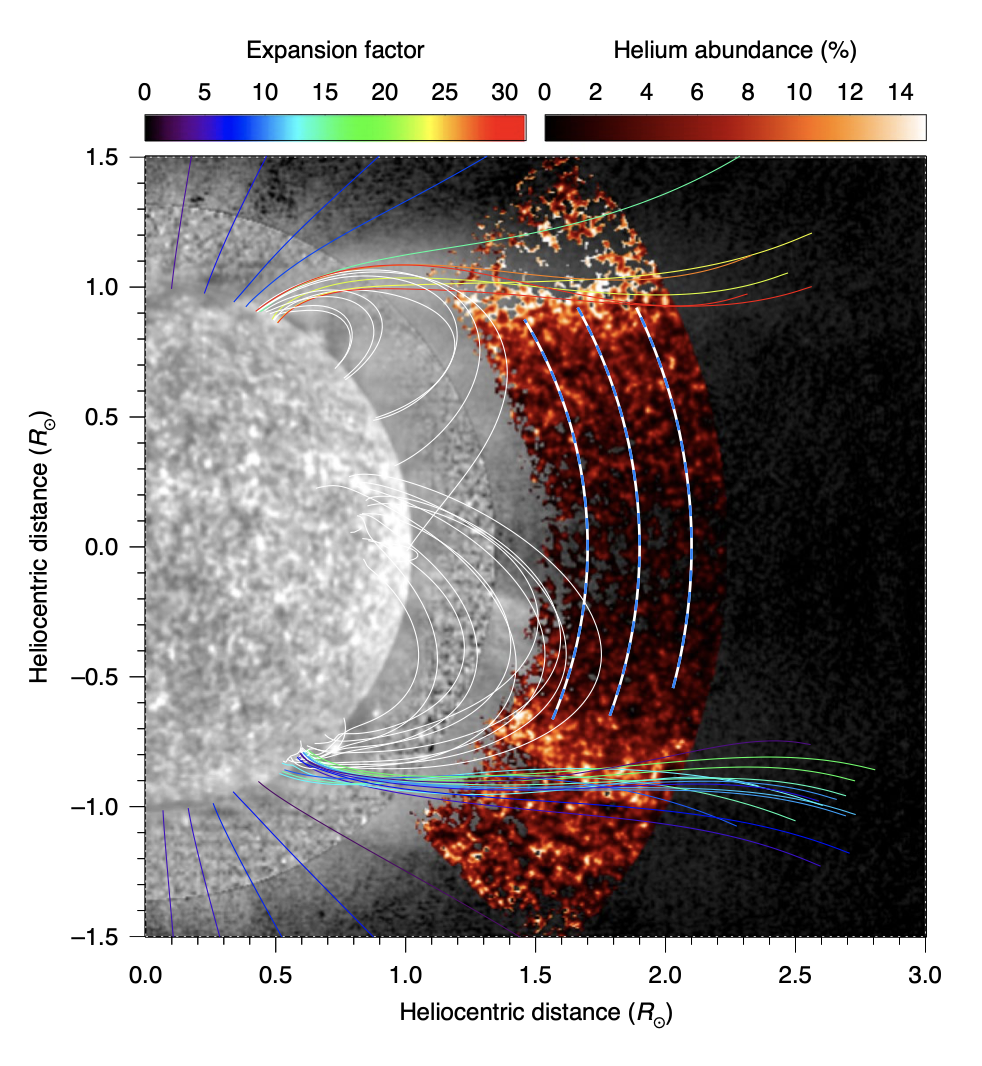