The gang of Proxima

The gang of Proxima

Proxima Centauri, the nearest star to the Solar System, never stops surprising us. Thanks to the very precise radial velocities measured with the ESPRESSO spectrograph at the European Southern Observatory’s Very Large Telescope (VLT) in Chile, an international team of astronomers have found evidence of another planet orbiting Proxima Centauri.

This candidate planet is the third detected in the system, the lightest yet discovered orbiting this star, and it is also one of the lightest exoplanets ever found. Among the co-authors of this discovery are Mario Damasso and Alessandro Sozzetti of INAF-Astrophysical Observatory of Torino, who were part of the team that in 2020 announced the detection of the second planet around Proxima, named Proxima c.

Now, after a bit more than 2 years of observations and nearly 120 radial velocities measured with ESPRESSO, astronomers detected Proxima d, which orbits its host every 5.12 days. The Doppler signal found in the data (with a semi-amplitude of only ~40 cm/s) indicates that the minimum mass of the new planet is 0.26 ± 0.05 Earth masses, corresponding to about twice the mass of Mars. Proxima d orbits between the star and the habitable zone — the area around a star where liquid water can exist at the surface of a planet — therefore it is not a prime target for habitability studies as its sibling Proxima b. Anyway, this discovery makes Proxima a prime target for the future ESO’s Extremely Large Telescope (ELT), currently under construction in the Atacama Desert, which will be crucial to discovering and studying many more planets around nearby stars. 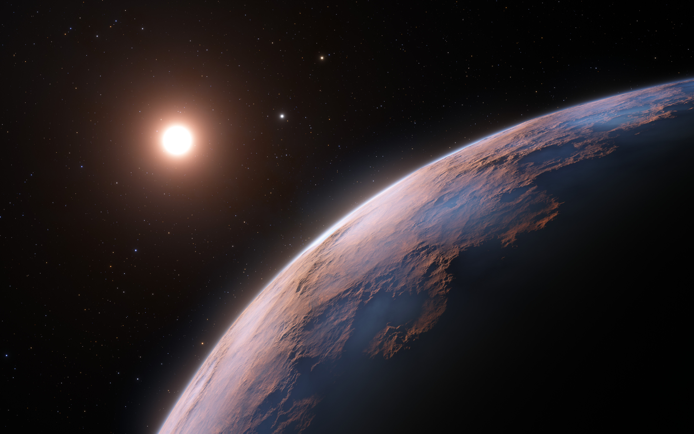 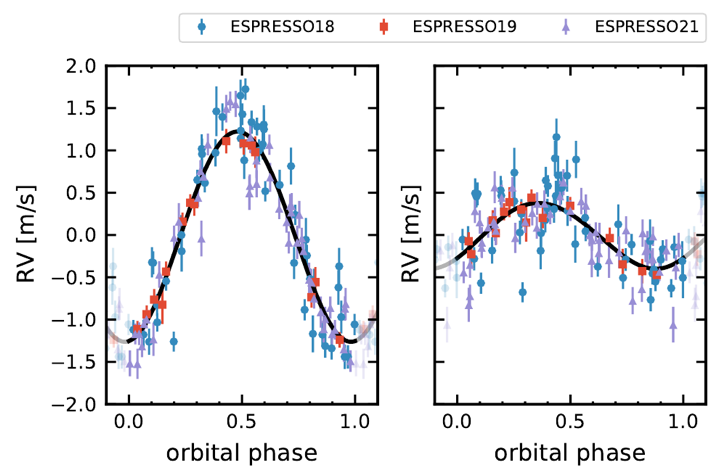 Doppler signals of Proxima b (left) and Proxima d (right) detected in the radial velocities measured with the ESPRESSO spectrograph, and phase-folded to their orbital periods (11.2 and 5.1 days, respectively)