That kink in BL Lacertae’s jet

That kink in BL Lacertae’s jet

The international collaboration of astronomers “Whole Earth Blazar Telescope” (WEBT), led by Massimo Villata and Claudia M. Raiteri of the INAF-Astrophysical Observatory of Turin, and to which also participates Maria Isabel Carnerero of the same Institute, has scored another exceptional scientific result, which was published in the prestigious scientific journal “Nature” on 7 September 2022 (see also MEDIA INAF press release). This is the discovery of cyclical variations in the optical brightness of the blazar BL Lacertae, one of the objects that WEBT has studied most intensely in its 25 years of activity.
A blazar is an active galactic nucleus, whose central engine is represented by a supermassive black hole (170 million times the mass of the Sun, in the case of BL Lacertae), from whose poles two plasma jets emerge, one of which points towards us. In the jet the particles travel with speeds close to that of light and this means that, due to relativistic effects, the emitted radiation is observed amplified by us.
The cyclical variations of BL Lacertae, observed during a period of strong emission of the source in the summer-autumn 2020, were also detected in the gamma-rays emission and in the degree of optical polarization. The interpretation that the authors gave is that instabilities in a spiraling jet produced a kink in the jet itself, causing twisting of the magnetic field that induced periodic variations.

This result follows after a few years the publication in Nature of another work by the WEBT collaboration on the CTA 102 blazar (see also MEDIA INAF press release), demonstrating how a network of telescopes that also includes small and medium-sized instruments can make important contributions to astronomical research. 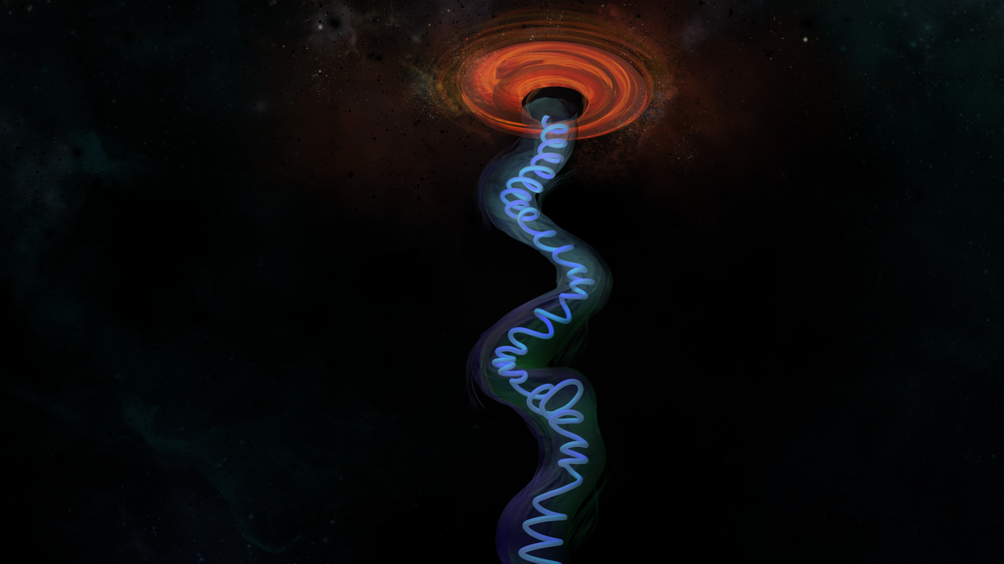