Using radial velocities collected over nearly 25 years with the spectrographs HIRES, HARPS, and CARMENES, a team led by Mario Damasso (INAF-OATo) has detected a super-Earth orbiting the nearby M dwarf Gl 514, located at 25 light years (7.6 pc) from us.
Gl 514 b has a minimum mass of ~5 Earth masses, and it moves on an eccentric orbit (e~0.5) with orbital period of 140 days.
Because of its eccentric orbit, the planet resides in the conservative habitable zone of its host star for nearly 34% of its orbital period. This makes Gl 514 b a particularly interesting case study for investigating the potential habitability of an eccentric planet. No evidence for a transit is found in the TESS light curve available so far, but TESS has been re-observing Gl 514 on March-April 2022, and the new data will be promptly examined.
The team investigated the possible presence of a second low-mass companion at a shorter distance from the host than Gl 514 b. The data do not show other significant planetary-like signals, but further follow-up is deemed necessary to investigate more in detail the presence of sub m/s periodic signals.

Read the article preprint “A quarter century of spectroscopic monitoring of the nearby M dwarf Gl 514. A super-Earth on an eccentric orbit moving in and out of the habitable zone” led by Mario Damasso including Alessandro Sozzetti and Matteo Pinamonti (INAF-OATo) on ArXiv 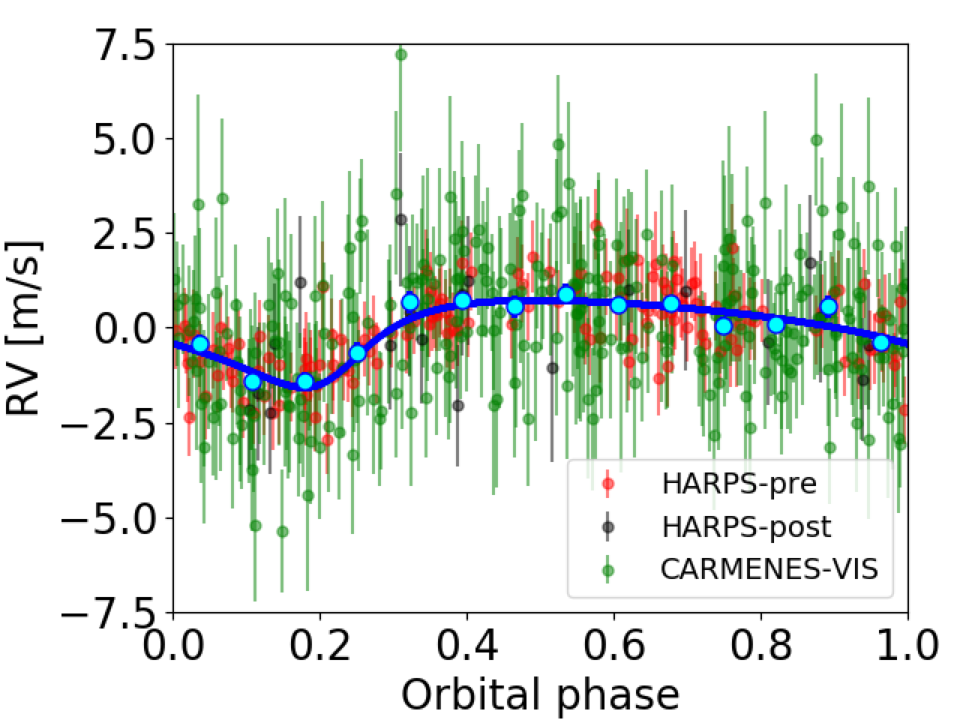 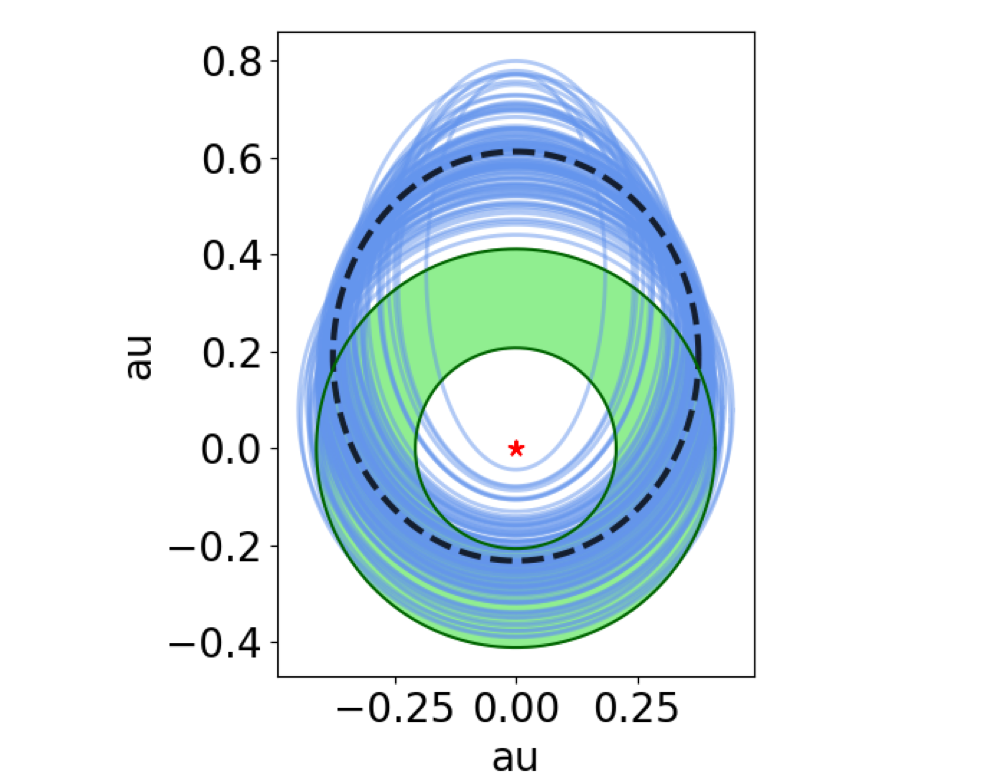 Schematic representation of a few possible orbits for planet Gl 514 b (blue ellipses), randomly selected taking into account the parameter values and their errors of our adopted solution. The best-fit orbit is shown with a dashed black line. The green annulus corresponds to the conservative habitable zone of Gl 514 (Credits: M. Damasso et al.).