V1298 is a 20-Myr old star at 110 pc from us in the Taurus constellation. It’s very young, but it already hosts four transiting planets detected by the Kepler/K2 space telescope. We know their size, and the two outermost planets –V1298 Tau b and V1298 Tau e– are as big as the giant planets of the Solar System. One fundamental ingredient was missing to reconstruct the evolutionary history of these planets: their mass. Thanks to a joint effort between INAF researchers of the Italian GAPS program, and of the Spanish Instituto de Astrofísica de Canarias (and other international Institutions), it has been possible to weigh the two baby planets, and discover that V1298 Tau b and V1298 Tau e have radii and masses which are surprisingly similar to those of the giant planets in the Solar System and other more evolved giant exoplanets, as shown in the Figure. 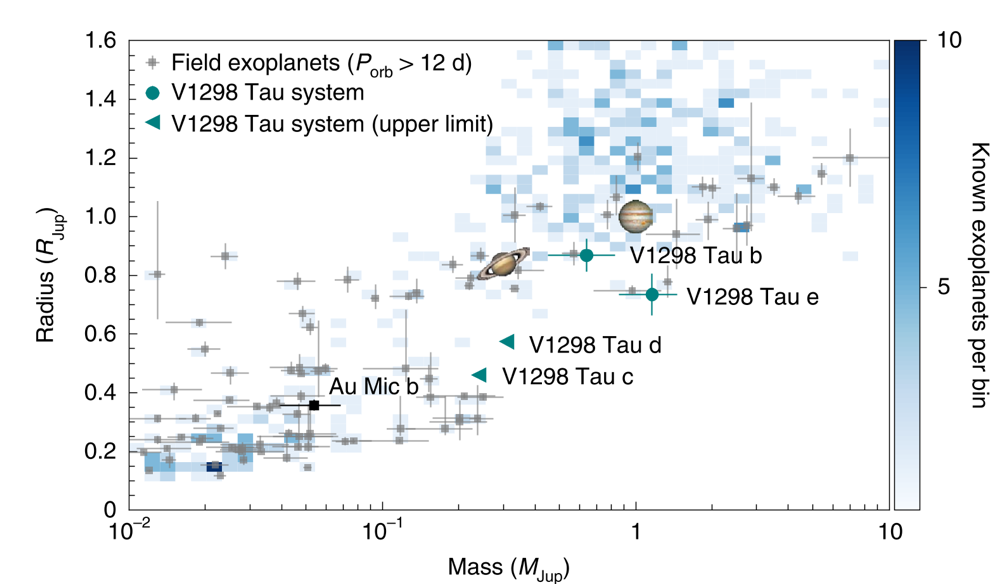 Masses and radii of known planets for which the two parameters are determined with a precision better than 33%. The planets orbiting V1298 Tau are highlighted in green symbols, with their error bars. Jupiter and Saturn have been added for comparison. [Credits: A. Suarez-Mascareño et al., NatAst, 2021]

The results of this investigation are published in Nature Astronomy. They challenge the predictions of the theoretical models on the formation and evolution of exoplanets, according to which planets keep on contracting over several hundreds of million years since their formation. We need to discover and study more young systems similar to V1298 Tau, in order to understand if this system is the rule or the exception. The hunting goes on!

Read the article preprint led by A. Suárez Mascareño including Mario Damasso, Alessandro Sozzetti and Diego Turrini (INAF-Oato) on Arxiv. 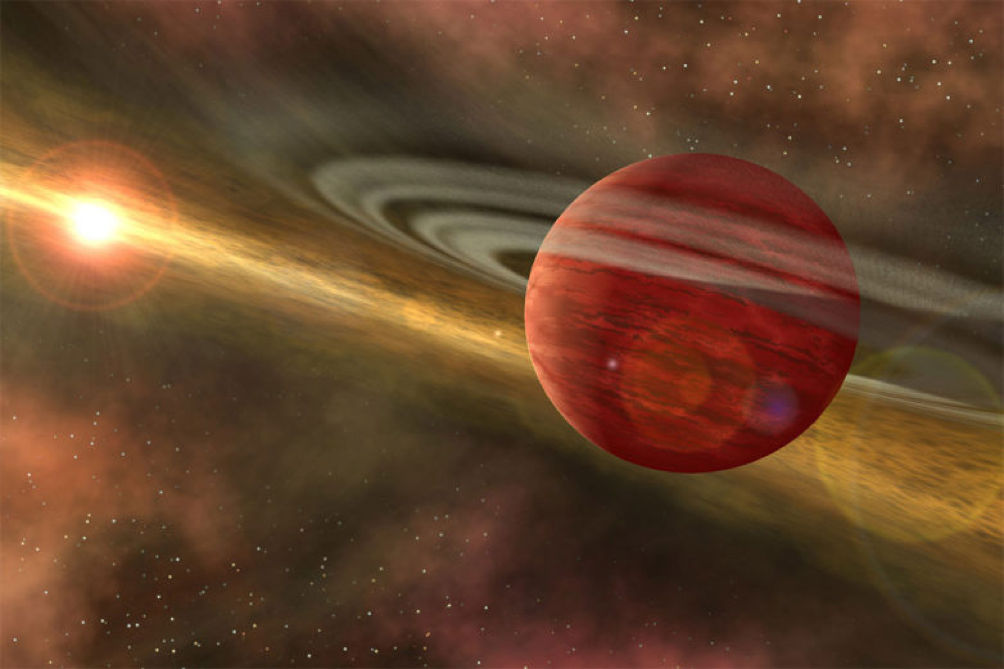