Icarus: a Flat and Fast Prograde Stellar Stream in the Milky Way disk

Icarus: a Flat and Fast Prograde Stellar Stream in the Milky Way disk

Icarus is the name of an accreted dwarf galaxy discovered in the Galactic disk  by Paola Re Fiorentin, Alessandro Spagna and Mario Lattanzi, researchers at the Astrophysical Observatory of Turin, in collaboration with Michele Cignoni of the University of Pisa. 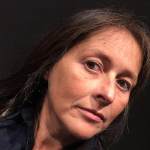 These authors combined high-quality astrometric and spectroscopic data from Gaia, APOGEE and GALAH, that they used to chemically select 1137 stars belonging to the local halo (within 2.5 kpc from the Sun).

Through an accurate statistical analysis of the stellar velocity distribution, they identified eight groups, “streams”, moving with similar velocities.  These groups include Icarus: a new “stream”, characterized by low inclination prograde orbits, which appears the closest to the galactic disk among those known to date. Icarus is made up of very old stars released from a dwarf galaxy “fallen” into the Milky Way’s proto-disk over 10 billion years ago.

This new result is important to understand the origin of the Milky Way and set further constraints on the cosmological models of formation of our Galaxy.

Read the paper on ArXiv: “Icarus: a Flat and Fast Prograde Stellar Stream in the Milky Way disk” by Paola Re Fiorentin, Alessandro Spagna, Mario G. Lattanzi, and Michele Cignoni. ApJL, in press