We are currently carrying out spectroscopic followup of new ultra-cool dwarfs being discovered in the ESA Gaia mission. These are very faint, low mass objects that populate the end of the hydrogen burning stellar sequence and the begining of the sub.stellar brown dwarf and large planet region.

The student will search through the Gaia data release combined with photometry from other missions to find new ultra cool dwarfs that will be sent for spectroscopic observation and shown in the spectra figure. 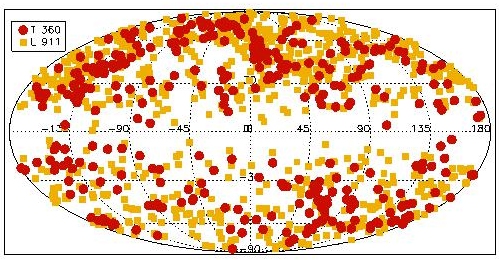 The distribution of late ultra cool dwarfs in the sky before Gaia in galactic coordinates. The missing band in the middle is because the majority of objects were found using photometry which in the plane has high errors. 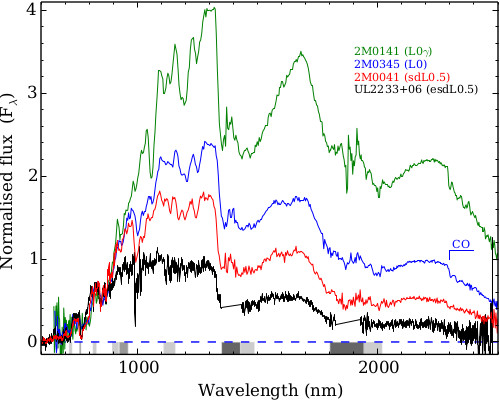 We expect there to be ~300 new objects, in particular we are missing objects in the plane as shown by the current distribution of UCDs in the sky figure.

A overview of the work is contained in this proceedings.