Nuclear astrophysics is a “fusion” between theoretical and experimental nuclear physics, observational astronomy, astrophysics modeling and cosmological theory. Female scientists have been an essential part of the development of these fields, having contributed enormously with astronomical observations, visual and spectroscopic identifications, classifications and catalogs of stars, the prediction and discovery of stellar objects, the design and construction of instrumentation, theoretical and experimental discoveries of nuclear materials, physical explanations, mathematical derivations and chemical interpretations of all galactic and extragalactic objects.

We have presented this information in poster format, which can be downloaded free of charge at [www.chetec.eu]. The work was published in the Springer Proceedings in Physics book series. This calendar, which will be translated into over thirty languages, is the completion of the ultimate goal of our project. 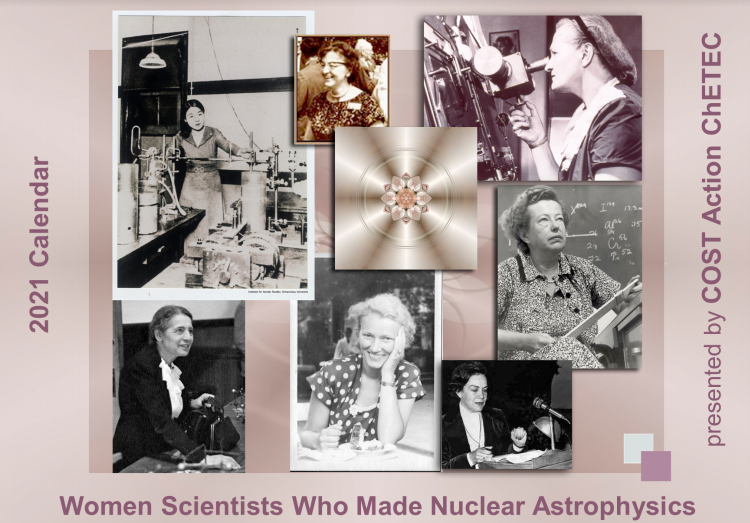