A celestial matryoshka: the Albireo system

A celestial matryoshka: the Albireo system

Albireo (β Cyg) is a naked-eye star at one end of the longer arm of the nothern Cross (Cygnus) constellation. Observing it with a small telescope unveils one of the most beautiful double star systems known. The fainter blue star (β CygB) makes a striking colour contrast with its brighter yellow companion (the giant star β CygA). The latter is actually itself a very close binary system, with a secondary, fainter blue component β CygAc that can only be resolved out of the glare of the giant β CygAa by using large-aperture professional instrumentation.

We used over 120 years of spectroscopic observations of β CygA, over 40 years of relative position measurements of β CygAc with respect to β CygAa, absolute astrometry of β CygA and β CygB from the Hipparcos and Gaia missions, and information from stellar evolutionary models to provide the best characterization yet of this intriguing stellar system. We found that the three Albireo stars are likely coeval, and by combining all available data we derived the first well-constrained orbital solution for the binary system β CygAa/Ac, revealing a new mystery: We found a mass ratio that indicates that it is the fainter companion that is the more massive of the pair. These results strongly suggest the presence of a fourth, unseen, member of the Albireo system.

Read the paper (led by Ronald Drimmel and Alessandro Sozzetti in collaboration with Matteo Pinamonti, INAF-OATo) published in ArXiv. 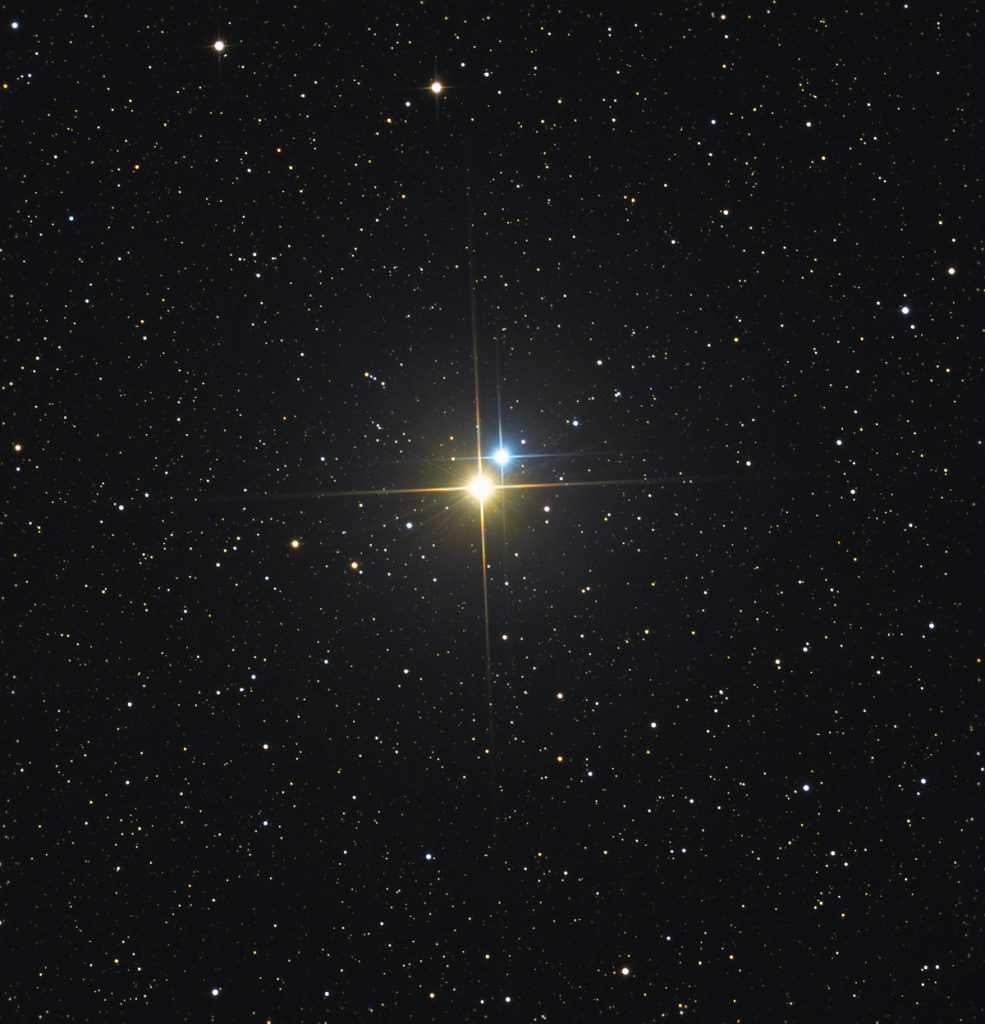