The portal of the SWELTO project is now operating and distributing in real-time the first “products” for future Space Weather applications. SWELTO (Space Weather Lab in Turin Observatory) aims to develop and test new diagnostic tools for analyzing space-based data providing real-time information on current conditions on the Sun and in the interplanetary space. During the project, new sensors will also be installed at Turin Observatory for the detection of ionospheric disturbances (with a SID monitor) and geomagnetic field disturbances (with a fluxgate magnetometer), now under calibration. Finally, through SWELTO other projects will be involved (such as PRISMA, SAMADHA, or others) that can provide through their sensors other context information related to space weather events.

Now, after more than two years of development, the SWELTO portal (http://swelto.oato.inaf.it/) is able to provide the following products in real time:

Other modules that will provide other products in real time (such as the occurrence of solar flares or eruptions, or the distribution on the solar disk of regions potentially of interest for space weather) will be activated in the next developments of the project.

The project is currently fully supported by the INAF-Turin Observatory; for more information see the technical note https://openaccess.inaf.it/handle/20.500.12386/27715 . 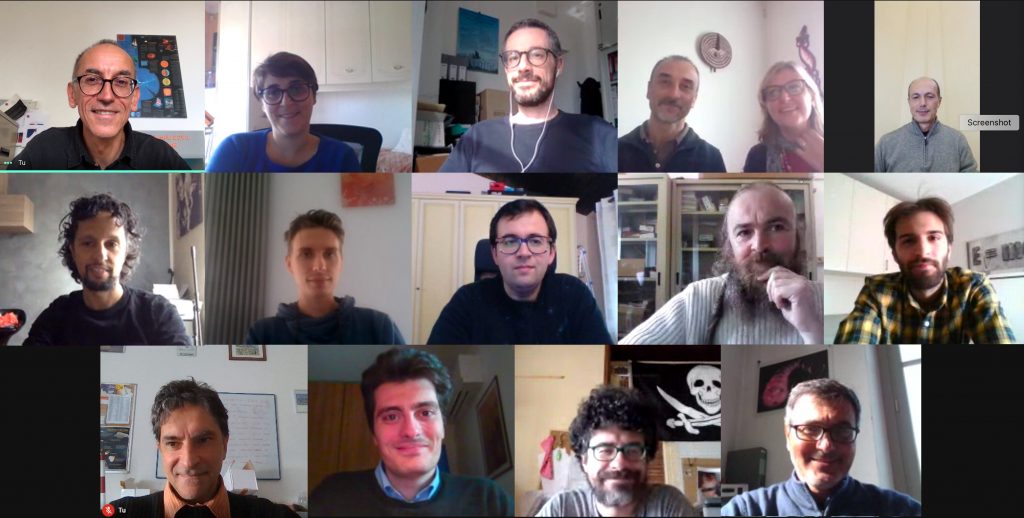 A “group picture” of the SWELTO Team at work.