Astronomical Institute of the Slovak Academy of Sciences

My talk will focus on the influence of observational and measurement errors of meteors on the resulting orbits of meteoroids. I will demonstrate that even small errors can easily cause an orbit’s hyperbolicity and that distinguishing between a long-period orbit and a hyperbolic orbit needs a resolution higher than 1 km/s in speed and 1 deg in radiant coordinates.
This causes difficulties with the search for a meteoroid‘s origin in or beyond the solar system, i.e. identifying interstellar meteors and members of minor meteor showers.
Thus, measurement errors can create an artificial population of interstellar meteors or non-existing minor meteor showers. 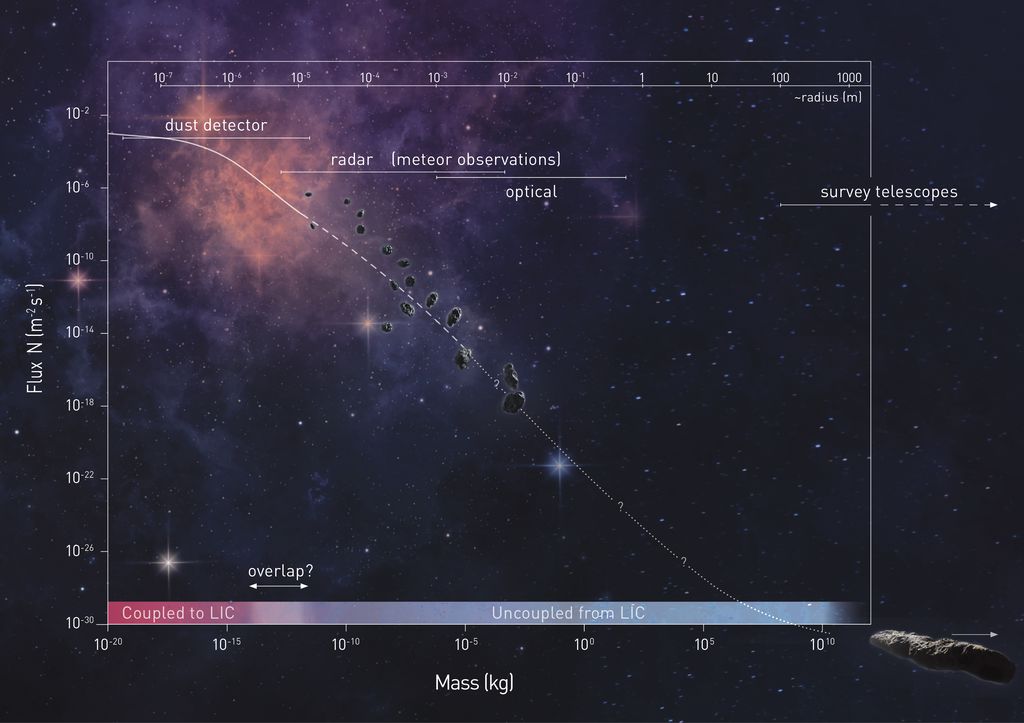 The still somewhat precarious size-frequency distribution of interstellar visitors, from dust to meteoroids, asteroids and comets. ‘Overlap’ refers to interstellar particles released from interstellar comets, after having been transported into the solar system by their parent body – as ‘hitchhikers’ through the Local Interstellar Cloud. Credits: ETH Zürich/D-PHYS, Veerle Sterken, Maria Hajdukova, Sara Hartmann