In a cosmological setting, the disk of a galaxy is expected to continuously experience gravitational torques and perturbations from a variety of sources, which can cause the disc to wobble, flare and warp. Specifically, the study of galactic warps and their dynamical nature can potentially reveal key information on the formation history of galaxies and the mass distribution of their halos.
Our Milky Way presents a unique case study for galactic warps, thanks to detailed knowledge of its stellar distribution and kinematics. Using a simple model of how the warp’s orientation is changing with time, we measure the precession rate of the Milky Way’s warp using 12 million giant stars from Gaia Data Release 2, finding that it is precessing at 10.86 ± 0.03 (statistical) ± 3.20 (systematic) km/s/kpc in the direction of Galactic rotation, about one third the angular rotation velocity at the Sun’s position in the Galaxy.
The direction and magnitude of the warp’s precession rate favour the scenario that the warp is the result of a recent or ongoing encounter with a satellite galaxy, rather than the relic of the ancient assembly history of the Galaxy. Using N-body simulations, we analyse the vertical response of the Galactic disk to the repeated impacts of a satellite similar to the Sagittarius dwarf galaxy, finding that the instantaneous vertical pattern speeds in the disk have a constraining power in the context of a Milky Way-satellite interaction. 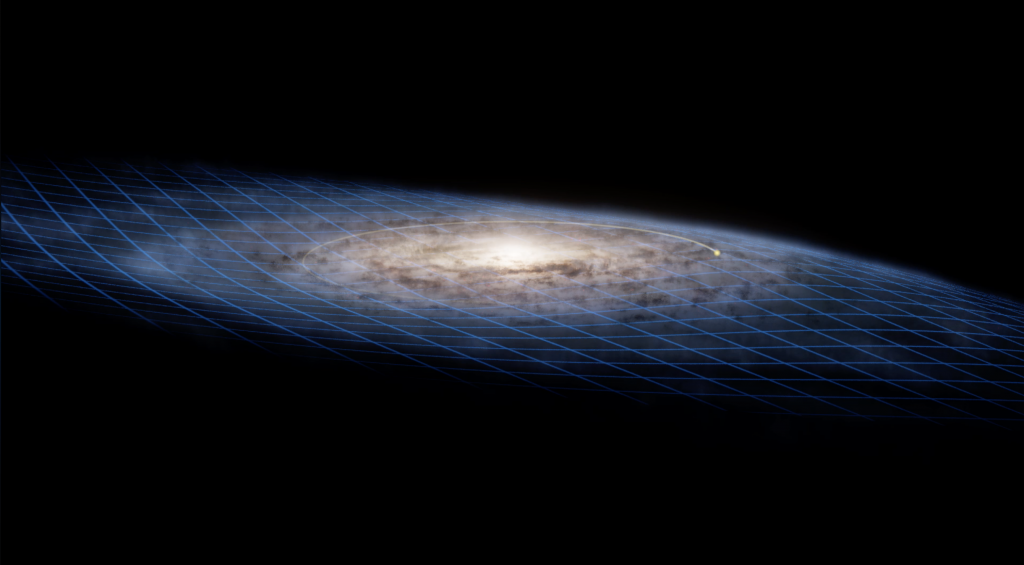