Extended atmosphere of helium around the hot jupiter HD 189733b

Extended atmosphere of helium around the hot jupiter HD 189733b 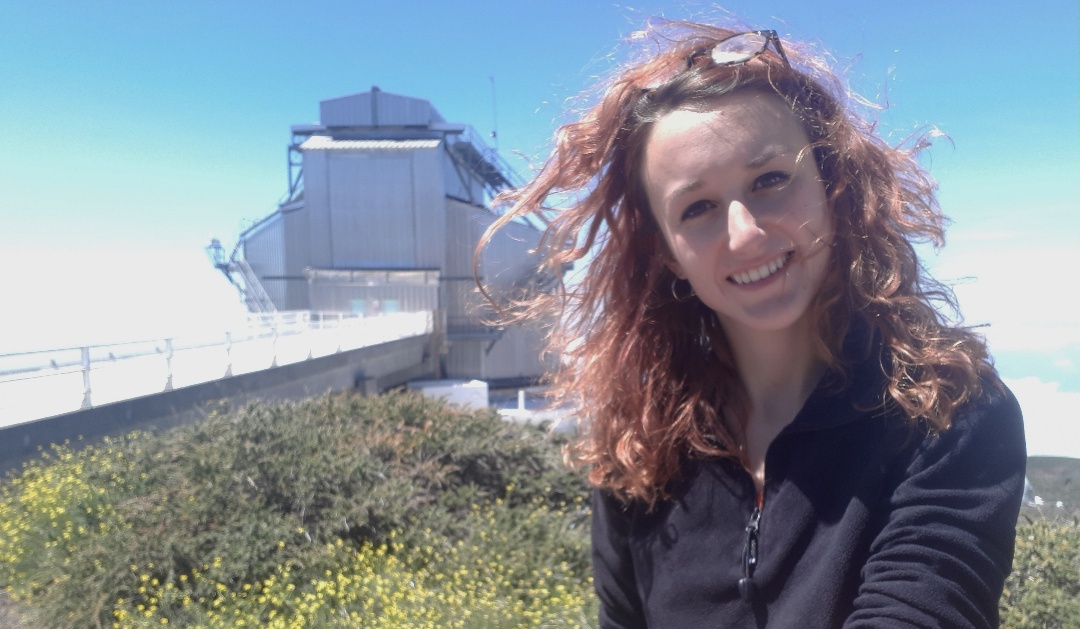 Hot Jupiters orbiting very close to their host stars are subject to intense X-ray and extreme ultraviolet irradiation received from the star that lead the gas content in the upper atmospheric layers to heat and to expand. The gas fraction with a velocity greater than the escape velocity can then overcome the planetary force of gravity, escaping into space. An international team, led by Gloria Guilluy (PhD student at National Institute for Astrophysics of Turin), Vincenzo Andretta (National Institute for Astrophysics of Capodimonte), and Francesco Borsa (National Institute for Astrophysics of Brera), studied the extended atmosphere of HD 189733b in search of helium. Helium, as it is very light and abundant in the atmosphere of giant planets, is an excellent tracer for atmospheric evaporation and expansion. By analyzing 5 transits of HD 189733b gathered with the Telescopio Nazionale Galileo (TNG) in the GIARPS (GIANO-B, in the near-infrared,+ HARPS-N, in the visible band) observing mode, and by taking advantages of the transmission spectroscopy technique -which allows the comparison of the out-of-transit (the stellar spectrum, without the planetary contribution) and in-transit (i.e. stellar+planetary spectrum) observations- the team succeeded in detecting and spectrally resolving a helium signal due to the atmosphere of HD 189733b (see attached figure). Moreover, thanks to the comparative analysis of the helium line (with GIANO-B) and other diagnostics of stellar activity in the visible (thanks to HARPS-N), as the Hα line, it was possible to separate the true planetary helium signal from the pseudo-signals induced by stellar activity -HD 189733 is indeed known to be a very active star. Once the stellar-activity contribution had been eliminated, researchers realized that HD 189733b has an extended helium atmosphere, but, as it has a small mass-loss rate, it is not in evaporation. 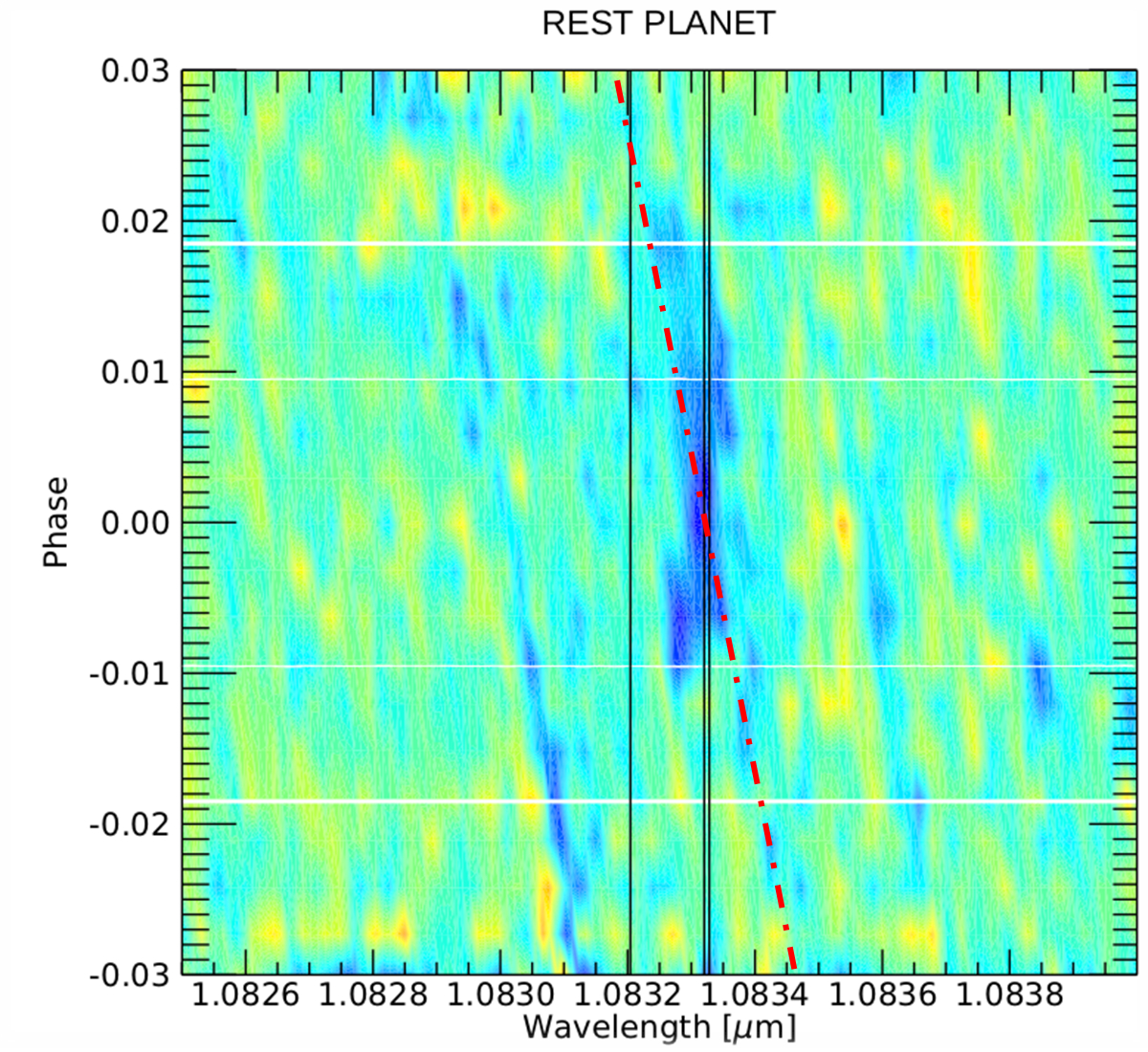 Transmission spectra shown in tomography in the planetary rest frame, as a function of the wavelength and the orbital phase (transmission spectra are obtained combining all the 5 transits). You can see the helium absorption signal in blue. The high spectral resolution of GIANO-B allows us to conclude that the helium signal is aligned in the planet’s rest frame, thus it is not related to stellar activity. If the signal had been of stellar origin it would have followed the dotted red line. Credits: Guilluy et al. 2020