Artist’s view of a supermassive black hole surrounded by a disc of gas and dust: the accretion of matter onto the black hole launches twin jets of matter and radiation, which propagate over cosmological distances. If one of the jets is pointing toward our direction, we call the source “blazar” (credits ESA / NASA / AVO Project / Paolo Padovani) 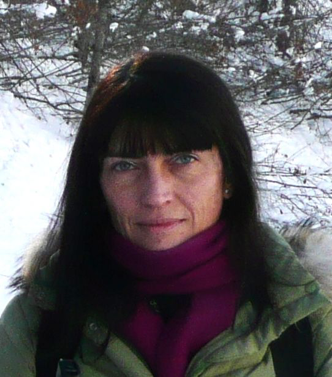 4C 71.07 is a particularly interesting object to study. It is the active nucleus of a galaxy very far away, at redshift 2.213, which means at a light travel time of almost 11 billion years. In the core of this active nucleus stands a supermassive black hole, around which an accretion disc made of gas and dust rotates. Matter from the disc falls onto the black hole, feeding it. Moving away from the black hole, gas clouds heated from the disc radiation produce emission lines in the object spectrum. These lines are more or less broad depending on their velocity. In the inner regions, the velocity is higher and reaches thousands of miles per second. Another feature of 4C 71.07 is its high radio brightness. The radio flux comes from two plasma jets launched in proximity of the black hole poles perpendicularly to the disc. In these jets, particles like electrons and positrons travel with velocities close to the light speed, emitting radiation. In 4C 71.07, like in all objects of the blazar class to which 4C 71.07 belongs to, one of the two jets points toward us and therefore its emission undergoes relativistic beaming.

The paper analyses the flux variability of 4C 71.07 observed at all wavelengths: in the radio, near-infrared and optical bands from ground-based telescopes; in the ultraviolet, X-rays and gamma-rays from space satellites. The aim is to separate the jet emission contribution from the nuclear one that is coming from the accretion disc and emission line regions. The ground-based data come from an international observing campaign organised by the WEBT (Whole Earth Blazar Telescope; https://www.oato.inaf.it/blazars/webt ), led by researchers of the Torino Astrophysical Observatory. During the campaign, spectroscopic observations were done at 4-m class telescopes (like the Telescopio Nazionale Galileo, TNG, on the Canary Islands), which allowed us to build a model for the nuclear components. The model was used to subtract this contribution from the observed data and derive the flux and polarization of the jet alone. The paper also analyses the attenuation that the radiation of these very far objects undergoes because of absorbers in the intergalactic medium on the line of sight and gives prescriptions to correct for this effect.

The observations and nuclear model led to an estimate of the disc luminosity and jet power, which resulted similar. Moreover, we were able to estimate an accretion rate of about 20 solar masses per year and a black hole mass of about 2 billion solar masses.

The paper “The beamed jet and quasar core of the distant blazar 4C 71.07” is available here: