A new map of the spiral arms of the Milky Way

A new map of the spiral arms of the Milky Way

Eloisa Poggio and Ronald Drimmel
An international team of researchers, including several from the Italian National Institute for Astrophysics (INAF) and led by Eloisa Poggio and Ronald Drimmel (Turin Astrophysical Observatory – OATo) has compiled the most detailed map yet of the Milky Way’s spiral structure within about 16,000 light years from the Sun, by making use of the position and brightness of around 600,000 young stars measured by Gaia, the European Space Agency’s star surveyor. 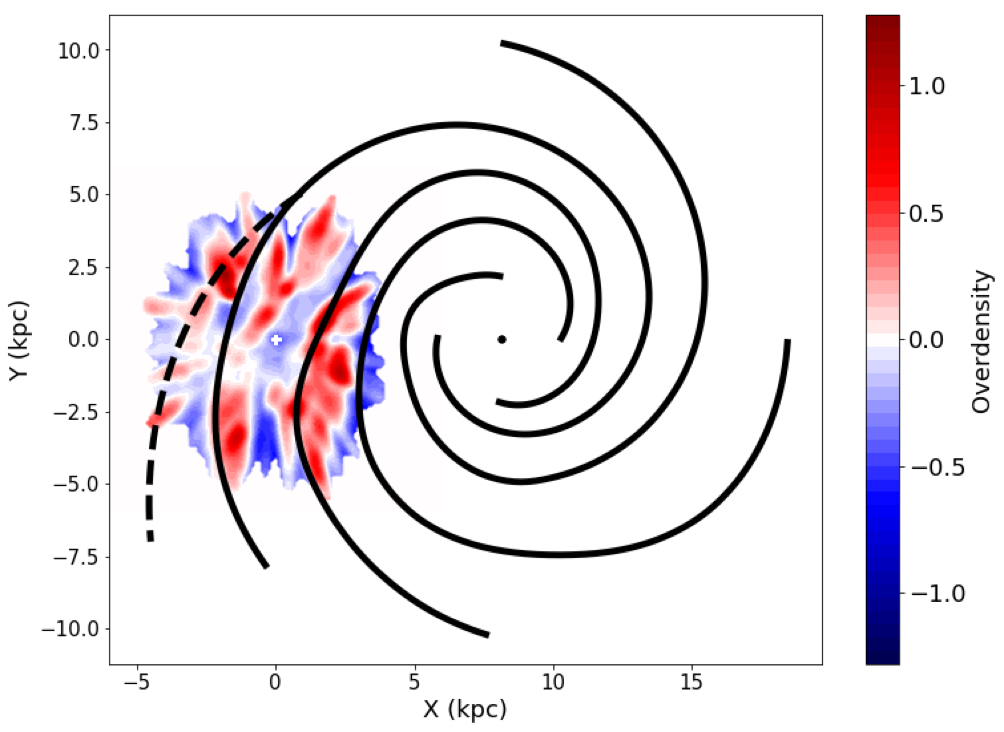