Transiting planets with radii approximately between 2 and 4 times that of the Earth go by the name of sub-Neptunes. If both radius and mass are measured, we can then determine their density, and infer estimates of their bulk composition.  This in turn allows us to gain insight on formation and evolution scenarios for a class of planets not found in our Solar System.

Using extreme-precision observations with the ESPRESSO spectrograph on the on the Very Large Telescope (VLT) of the European Southern Observatory (ESO), we measured a mass of 7.8 Earth masses for the transiting sub-Neptune TOI-130 b, uncovered by the TESS space mission transiting a bright, solar-type star with a period of 14.3 days and a radius of 2.4 Earth radii.
Its density is found to be about half that of the Earth, and we inferred that the planet might have a rocky core with a substantial amount of water, surrounded by a significant gaseous envelope.

Our ESPRESSO data also allowed us to uncover the presence of a second, non-transiting companion, with a period of about 41 days and a mass comparable to that of Neptune. By studying emerging properties of the growing population of transiting sub-Neptunes, we found that short-period sub-Neptunes with mass > 10 Earth masses are rare around stars hotter than the Sun. This feature is the likely imprint of planet formation processes around stars of different mass. 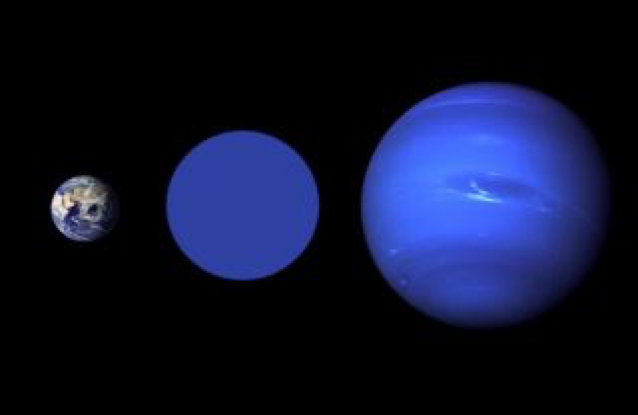 Comparison between the sizes of the Earth, Neptune, and a planet with the radius of TOI-130 b 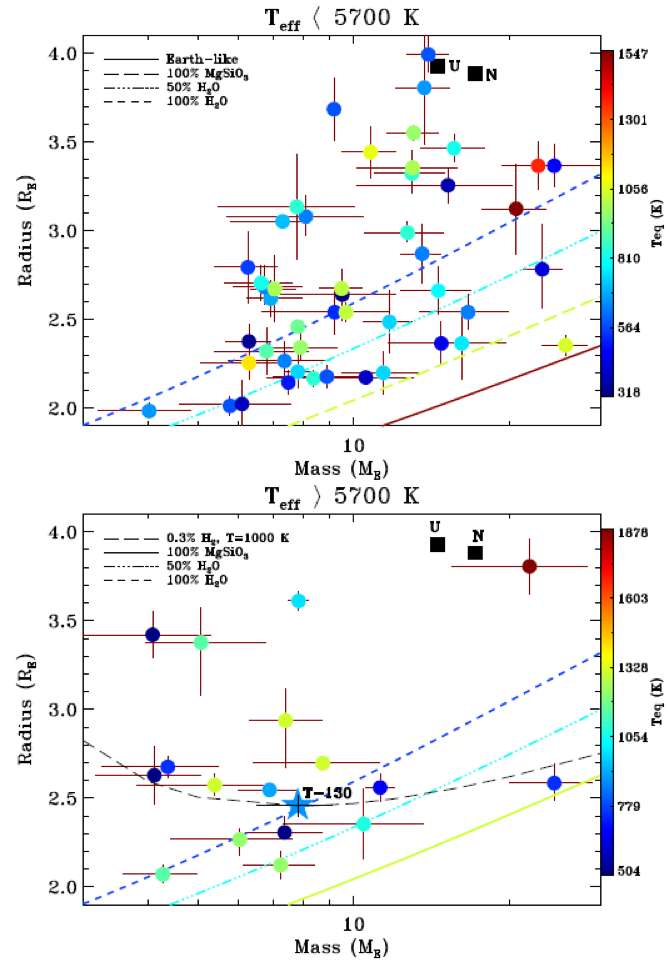 Top:Mass-radius diagram of sub-Neptunes orbiting stars with temperature below 5700 K. Objects are color-coded according to their equilibrium temperature. The different curves depict theoretical models of different internal composition. The location of Uranus and Neptune is also indicated. Bottom: The same plot for the sample around stars hotter than 5700 K, including TOI-130 b. Only four planets with masses larger than 10 Earth masses are found in the area of the plot inside the red rectangle, while there are 22 such objects orbiting the cooler star