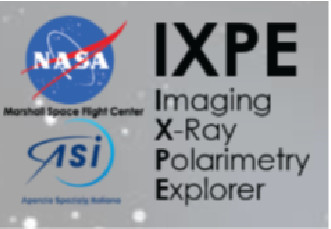 IXPE is a X-ray observatory chosen by NASA in January 2017 as next Astrophysics Explorers Program (SMEX 14).

IXPE will measure the linear polarization of astronomical objects as a function of energy, time and, where relevant, position to improve the understanding of how X-ray emission is produced in objects such as magnetars, isolated pulsars, pulsar wind nebula and supernova remnants, microquasars, active galaxies and supermassive black holes. 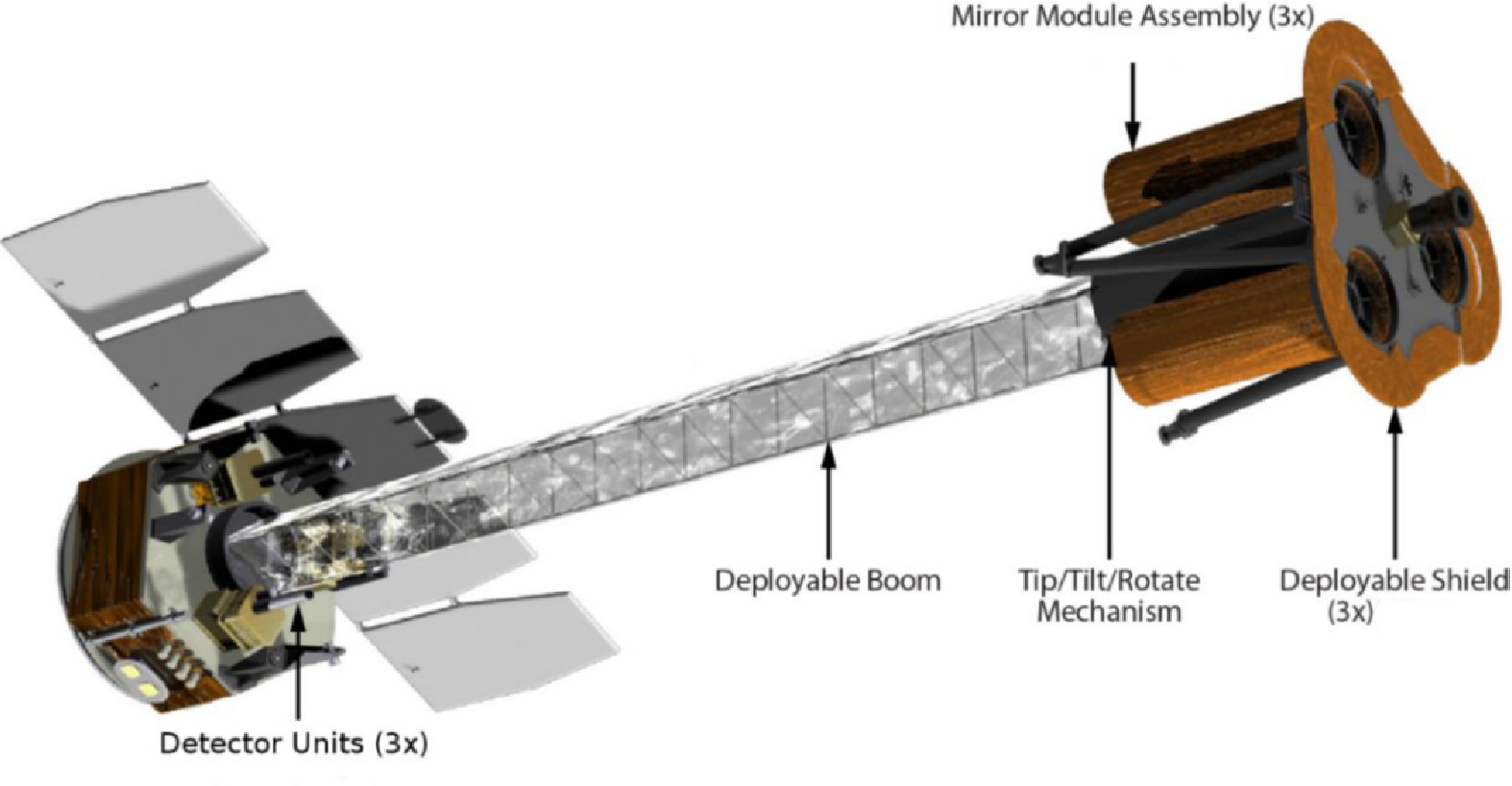 Only a few experiments have conducted unambiguous X-ray polarimetry of cosmic sources. Several rocket observations in the 1970s provides the first hints of polarized emission from the Crab Nebula.

Measurements with IXPE will provide previously unobtainable data to understand the nature of X-ray sources, helping to answer key questions such as the following:

• What are the geometry and the emission mechanism(s) of AGN and microquasars?

• What are the geometry and strength of the magnetic field in magnetars?

• What are the geometry and origin of the X-radiation from radio pulsars?

• How are particles accelerated in Pulsar Wind Nebulae?

As the first dedicated polarimetry observatory IXPE will add a new dimension to the study of cosmic sources, enlarging the observational phase space and providing answers to fundamental questions. The mission, led by NASA’s Marshall Space Flight Center (MSFC) in Huntsville (Alabama), is a joint collaboration with Italian Space Agency (ASI).

MSFC shall provide three Mirror Module Assembly (MMA) for the focalization of X-ray from celestial targets,

ASI shall provide to MSF the Instrument, compose by three Detector Units (DU) for the measurement of X-ray focalized by the MMAs

IXPE mission Industrial Prime Contractor is Ball Aerospace (Boulder Colorado), which is responsible of the Spacecraft and payload module integration).

The IXPE instrument will be realized by an Italian partnership lead by Paolo Soffitta (INAF/IAPS) Italian PI (jointly with Italian Co-PI – Luca Baldini INFN-Pisa) and under ASI coordination. The institutions directed involved in the project are:

The development activities will be carried out with the contribution of OHB-I. The management of the industrial contract will be in charge of ASI. The main roles on Italian institutes and industry are represented in the following figure. 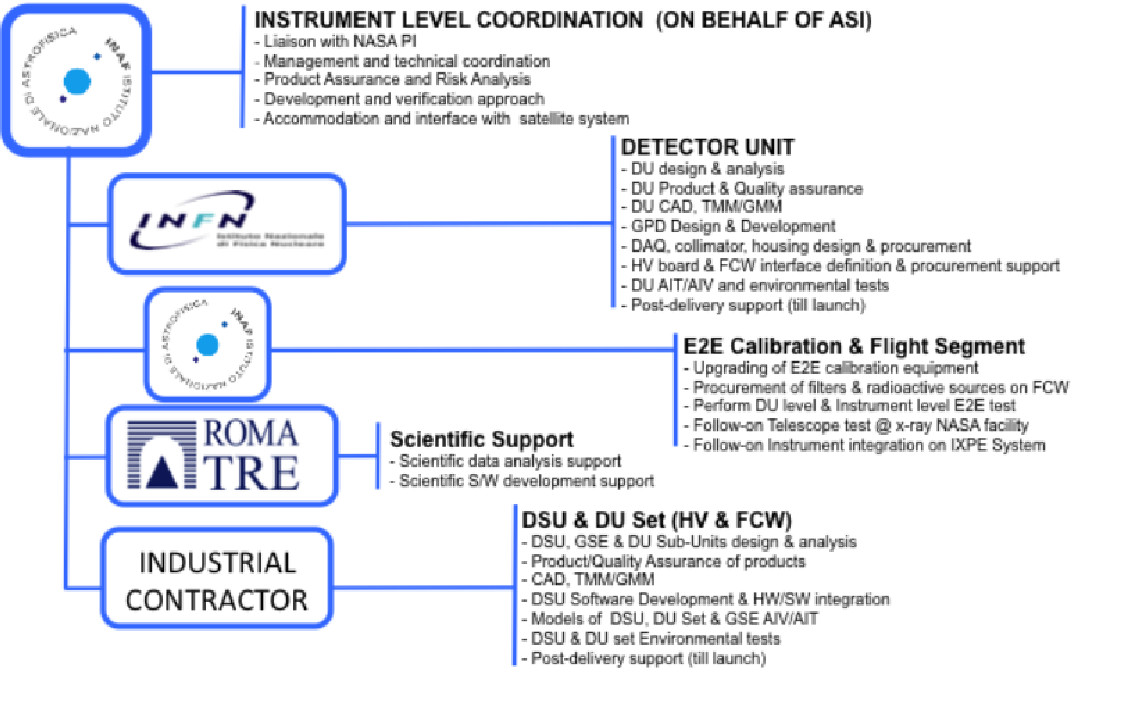 The coordination along the Project Offices of the project is under the repsonsability of Primo Attinà (INAF-OATO) the Italiam Project Manager.